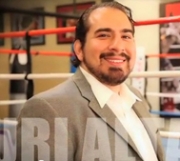 Los Angeles, CA 90025
CamoMMA.org/Users/UofMMA
2011-02-23
Background
Turi Altavilla has dedicated his professional career to the mixed martial arts industry. Beginning in 1999, as a recent graduate from UCLA, Altavilla joined the newly formed King of the Cage organization where he was heavily involved in the companys growth and success on all levels including the logistics of the live event, home video distribution, and the events achievement of pay per view status. In 2003, Altavilla joined the Tokyo-based / internationally-recognized PRIDE Fighting Championships, becoming the first non-Japanese employee in the companys history and its youngest executive (VP). He was an integral part of their U.S. expansion, which included supervising the creation and distribution of home video product, co-producing PRIDEs television series with Fox Sports Net, working with pay-per-view providers, and signing talent. The highlight of his PRIDE career came in 2006 and 2007 during which Altavilla spearheaded both Las Vegas PRIDE events (10/21/06 & 2/24/07), each of which resulted in live gates in excess of $2M. In 2007, Altavilla joined ProElite, Inc. as an executive, splitting time between the companys live events division and general business operations. On the live events side, he was involved in all aspects of 16 of the companys 17 events, most of which were on the Showtime Network. His tenure was highlighted by the companys record breaking SATURDAY NIGHT FIGHTS on CBS (5/31/08) which garnered an average audience of 4.85 million viewers, at the time the most viewed MMA event ever in North America. In 2011, Altavilla and partner Jay Tan established the University of Mixed Martial Arts (U of MMA), a Los Angeles-based fight promotion specializing in upscale amateur MMA events. The promotion focuses on up and coming amateur fighters, providing them with a platform to showcase their talents and pursue their dreams of becoming professional fighters. The U of MMA is headquartered at Club Nokia, located on the L.A. Live Campus and within walking distance of the world-renowned home of the Lakers & Kings, STAPLES Center. The company has made much progress in a short time, having been recognized on the Verizon Wireless website (with a business award), as well as featured on KCAL and the KTLA Morning News. Mr. Altavilla has a BA degree in English from UCLA and an MBA from Pepperdine Universitys Graziadio School of Business and Management (emphasis entrepreneurship).