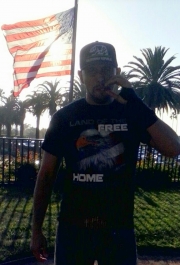 Merced, CA 95340
CamoMMA.org/Users/Caljoshdavey
2012-07-21
MMA record - 2-2-0-0
Weight Class - 145-154
Background
I grew up fighting older kids on my block. We would have bracket-style boxing matches and fight each other until we were too bloody to continue. In high school I was a team captain on the wrestling team. Shortly after September 11th I enlisted in the United States Marine Corps and furthered my combat knowledge in the infantry. In 2010 I joined an MMA gym and quickly became recognized as a top fighter in my class. When I cross train at other fighting gyms I spar against professionals, instructors, and heavier opponents and do very well. I am ready to become one of the most entertaining fighters in the area.